This one comes in from Andrew in Adelaide. In his email he mentions how he later went to a servo and “inexplicably” met someone not aware of Wild Horse. Respect! 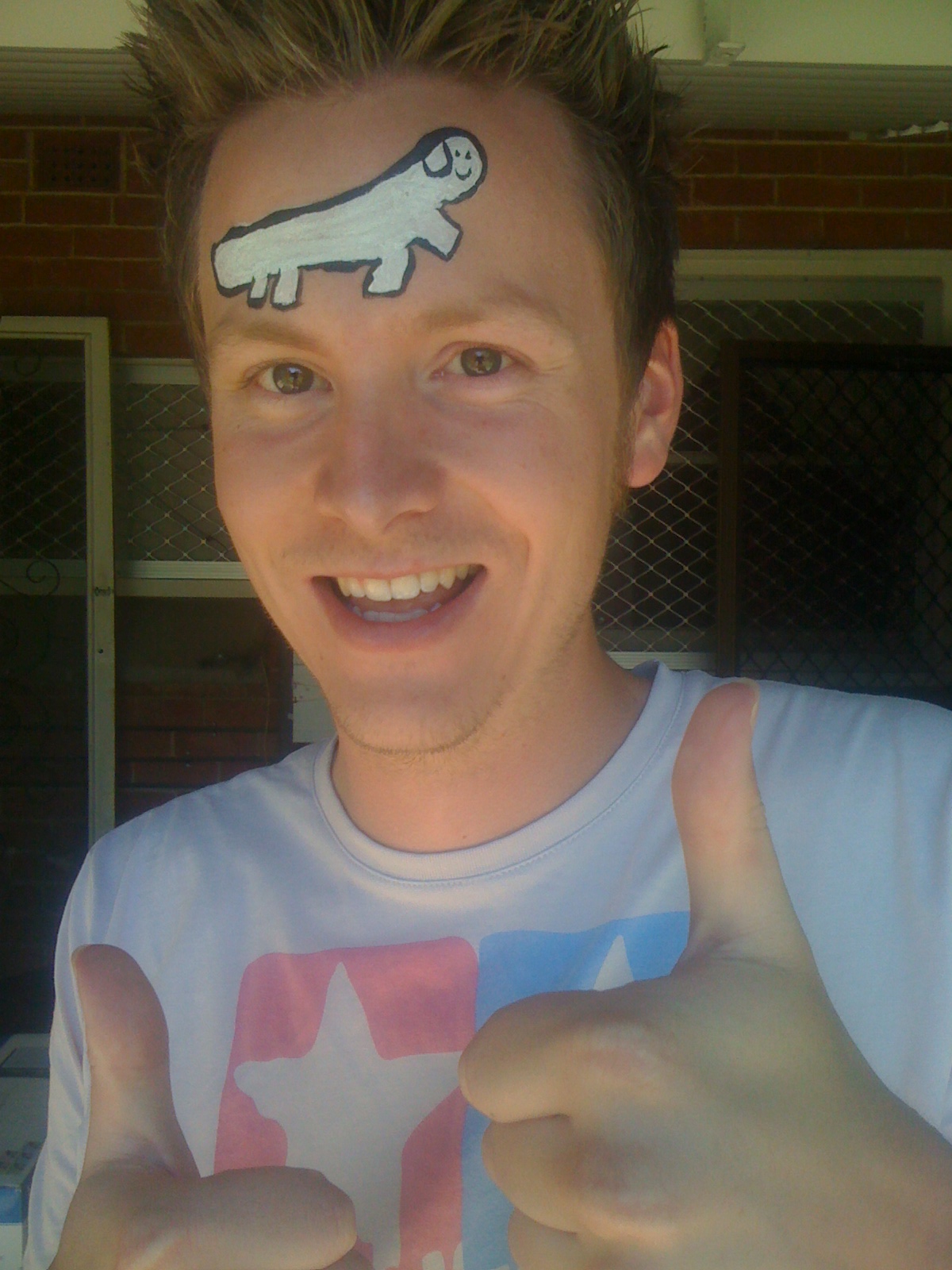 The next one comes in from Anna in Melbourne. An absolute favourite of mine, she is sporting an inspirational Wild Horse knuckle tattoo at a music festival. This has the dual effect of making you both fear for your life and wanting to know everything about her. If only they made girls like that at a store near me… 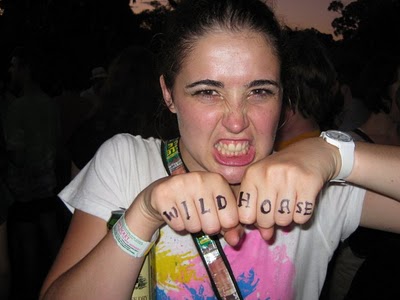 This one is a combined entry from Paris and Annika. Never have I seen a Wild Horse drawing be so technically flawed (round legs?), and yet be so undeniably brilliant at the same time. I’m not sure, it could just be the fact that it is drawn on a girl’s back, but this to me is a stand out example of everything Wild Horse stands for! Bravo Paris and Annika! We salute you! 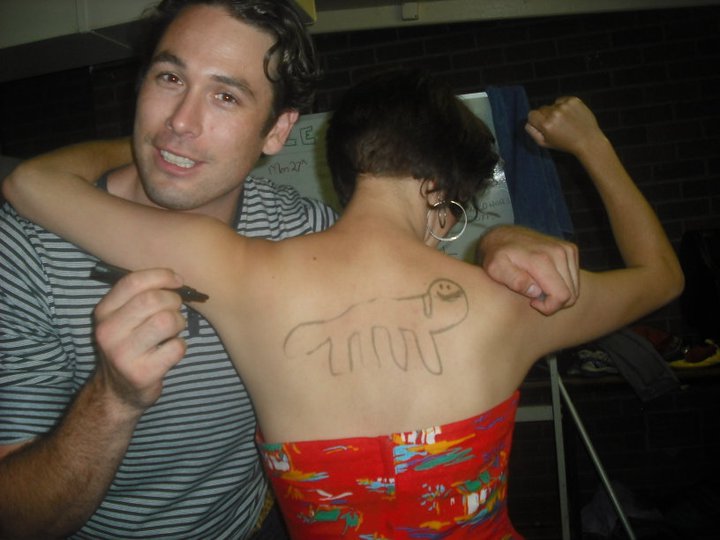 These are some pertinent photos of guest artist and part-time underworld criminal, Jake! I didn’t put these on the website for a while due to obvious legal complications during the trial but since they couldn’t pin him on anything I have uploaded these photos with great pleasure!! It’s not often such a hardened gangster can access his artistic side, but Jake is unlike any other man before him, perfectly capturing what it means to be a Wild Horse. A perfect role model for the kids! 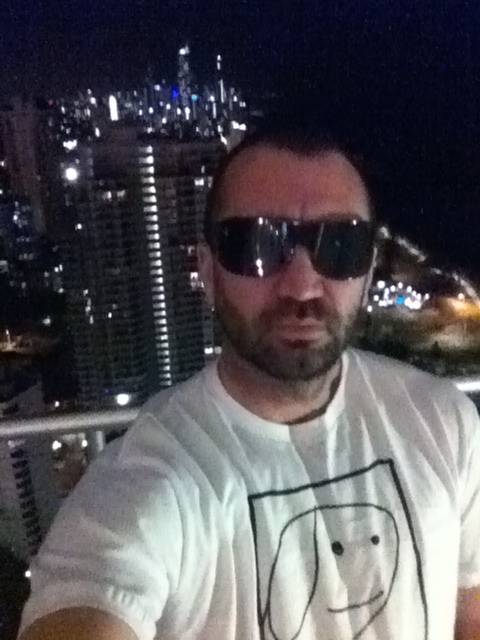 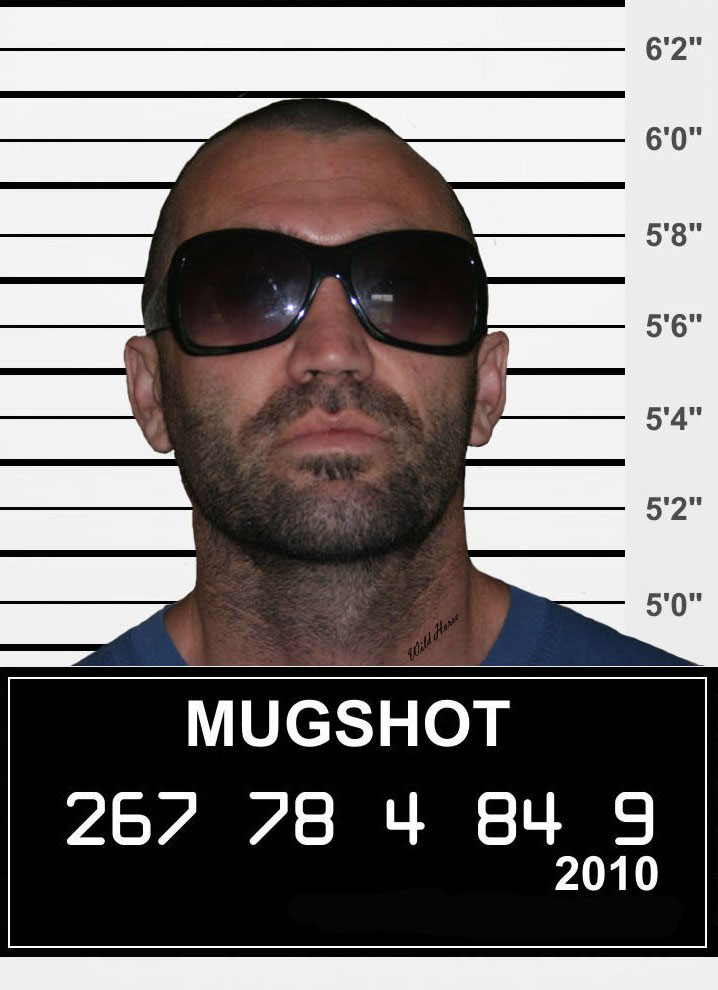 If pictures speak 1,000 words then this one would be struggling to fit everything in. It is a picture of guest artist Millie getting strangled with invisible piano wire. Just kidding! The dude is actually a real life tattoo artist who lives on the border of Laos and Thailand. According to Millie, the guy said Wild Horse is the most beautiful tattoo he has ever drawn. I tend to agree! 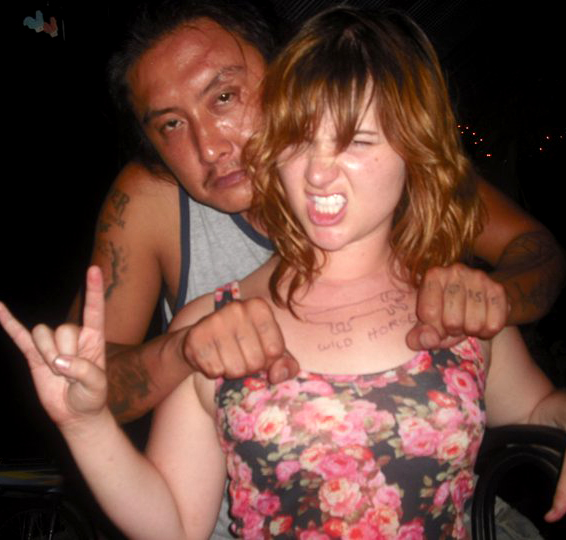 He also gave himself a cheeky knuckle tatt for good measure: 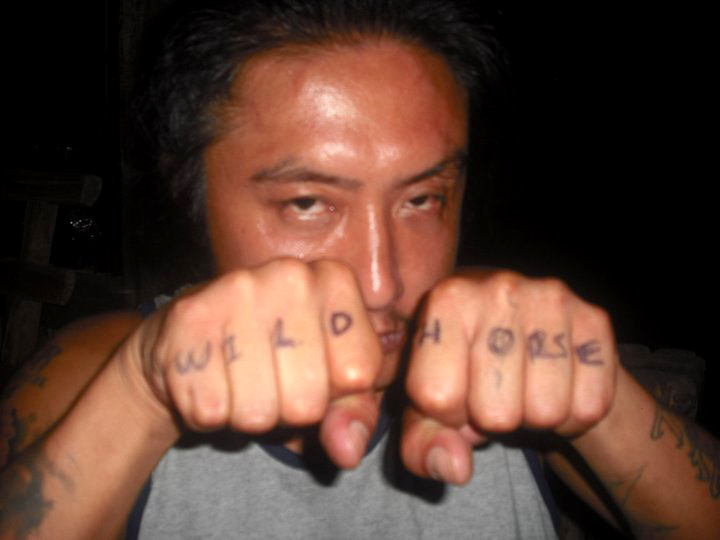 This one was sent in from the great nomad, Shwin-dog!! According to a first hand account, Shwin literally drove at the sign with his camera out before realising that he would probably die if he didn’t stop or veer. It is this one-tracked mind that makes him such a great goal-keeper in soccer. I once saw him run through a team-mate to catch the ball, breaking his team-mates face in the process. As his team-mate winced in agony on the ground, Shwinny muttered in a cold Russian accent “If he dies, he dies.” Good bloke. 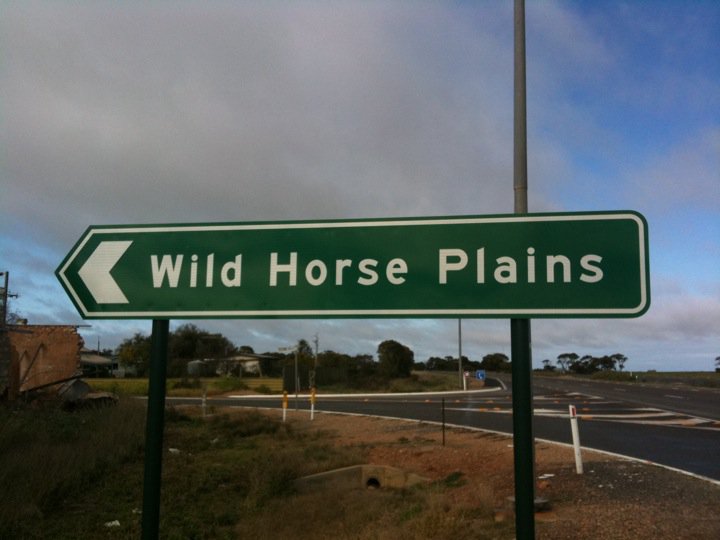 This here mountain is located on the east coast of Australia and was discovered by faithful reader, Harry!! Harry threw down the gauntlet of climbing it with me. I dunno, I’ve always found those nature hikes to be something that people desperately try to convince themselves that they enjoy. But I can get my walking fix going from A to B, and my nature fix watching Rambo. 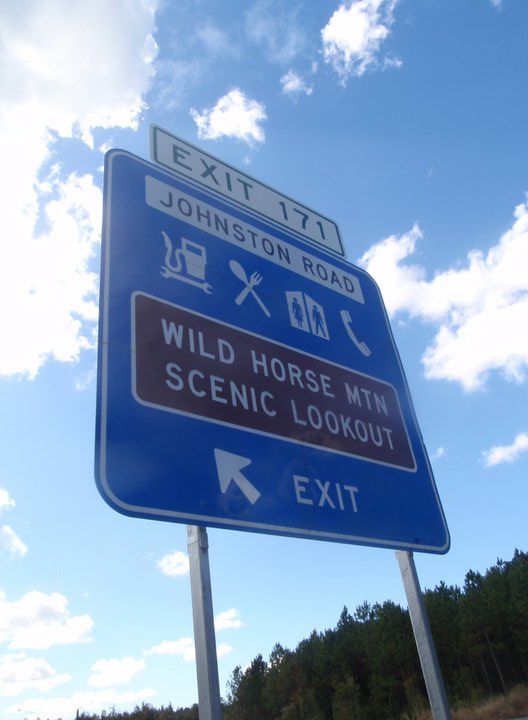 I spent the entirety of 2011 in Italy on vacation, living off my Wild Horse merchandise sales. I tried to keep up the façade of still being in Australia to make it seem like I was still working hard and struggling. I would have got away with it too, had it not been for my two favourite paparazzi stalkers, Kate and Joe!! Amazing photos, really capturing me in action. 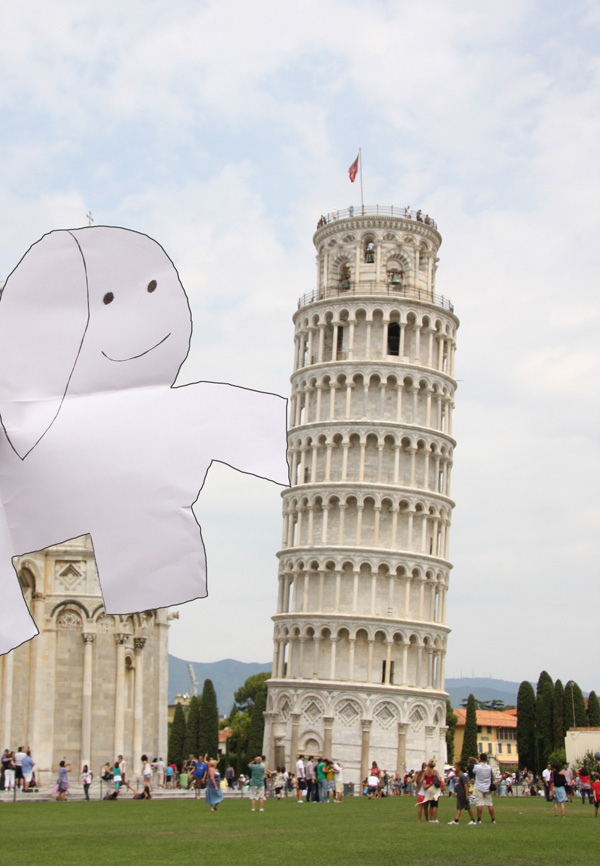 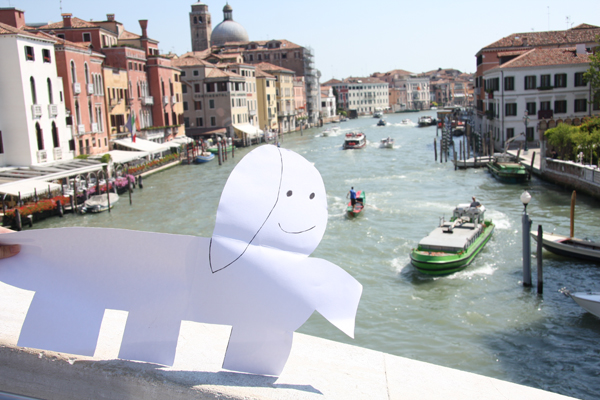 One of the most amazing events in history, captured on film!! The simple act of sautéing carrots was used as a vessel by the “Great Horse in the Sky” to give Cath a smile. I didn’t have the heart to tell Cath at the time, but the fact that it was Mild Horse instead of Wild Horse is the equivalent of the reaper popping up in your tarot card reading. Cath is a marked woman! I prescribe sautéd carrots and a whole lotta sugar lumps. 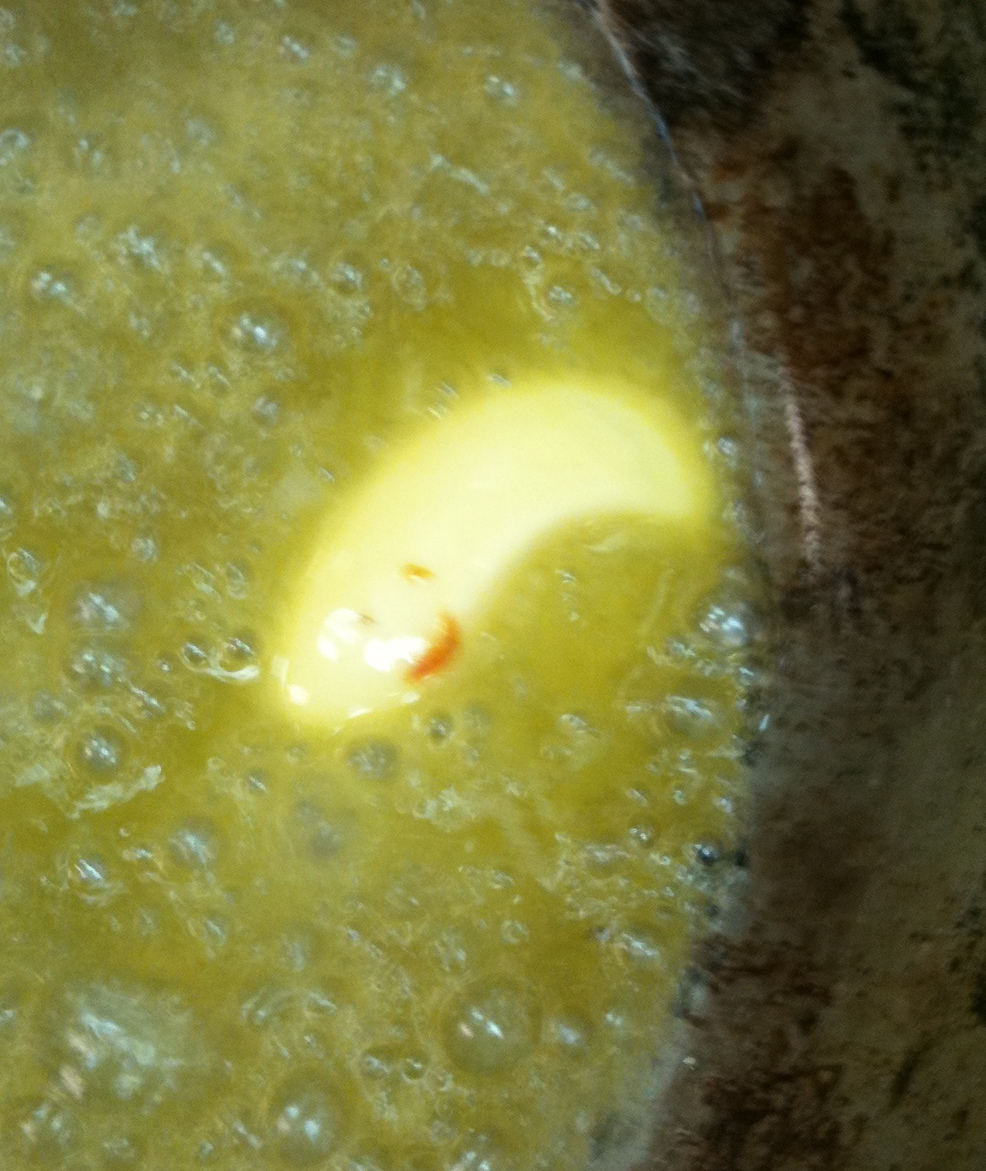 It’s a sad day when you realise that some cheap Wild Horse imitation has managed to fool the artistic society and get inside the Reina Sofia art gallery in Madrid, but that’s exactly what has happened. A big thankyou to Ellie for bringing it to my attention! Ah well, being that mainstream would probably kill my street-cred anyway. 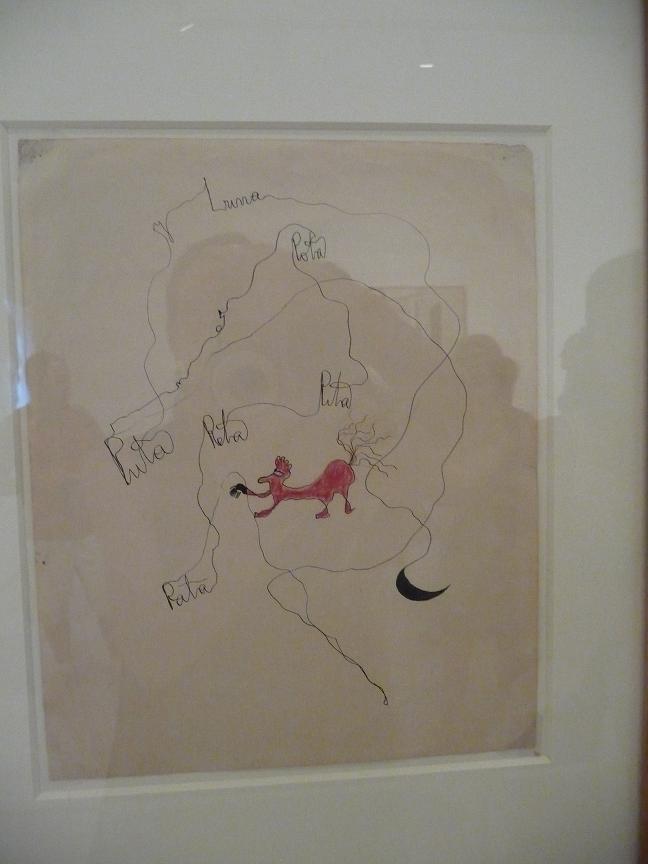 Brought to you from the upper-middle-rough side of Sydney comes “Ghetto” horse, the product of several of the lewdest individuals you are ever likely to find: Catherine, Annabel, Daniel, Simon and Alaine. If proposed anti-bikie laws are introduced, these infamous people would never be allowed to meet. 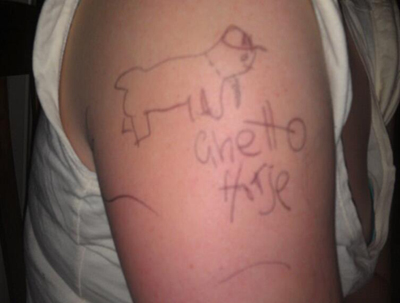 This concept art was sent in by Steph Lyall. It is a half-boy half-horse, or if you want to get all Harry Potter on me, a “centaur”. Clearly Steph has aspirations of playing god. I’m just glad she doesn’t work on an island with fossilised dinosaur DNA and tiny fences. 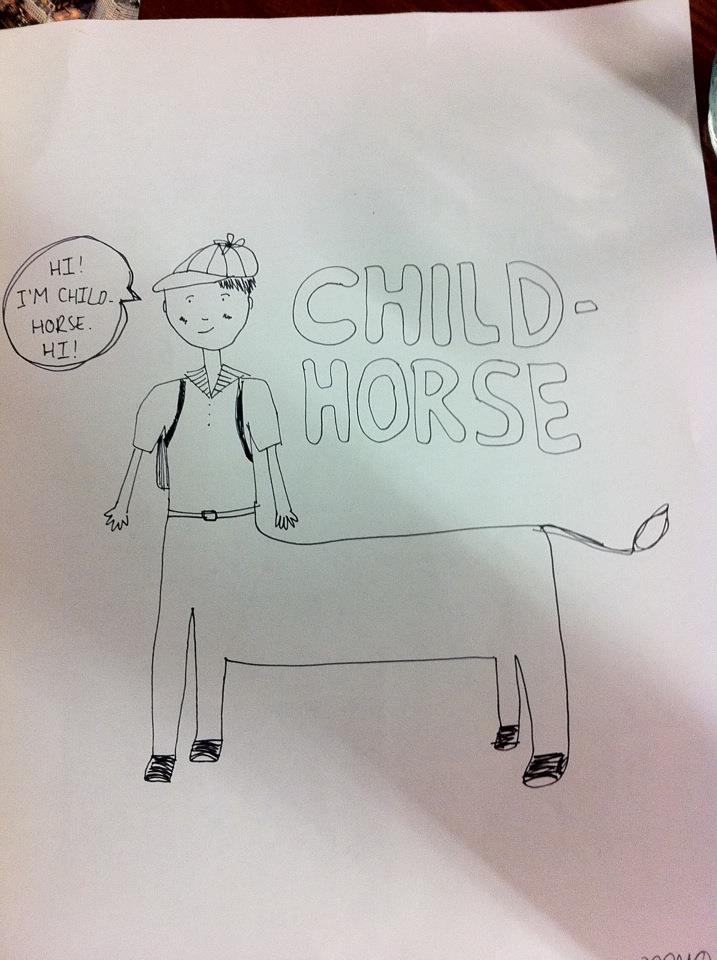 Make sure you get your photos in! The world needs to know who’s who among wild horses!