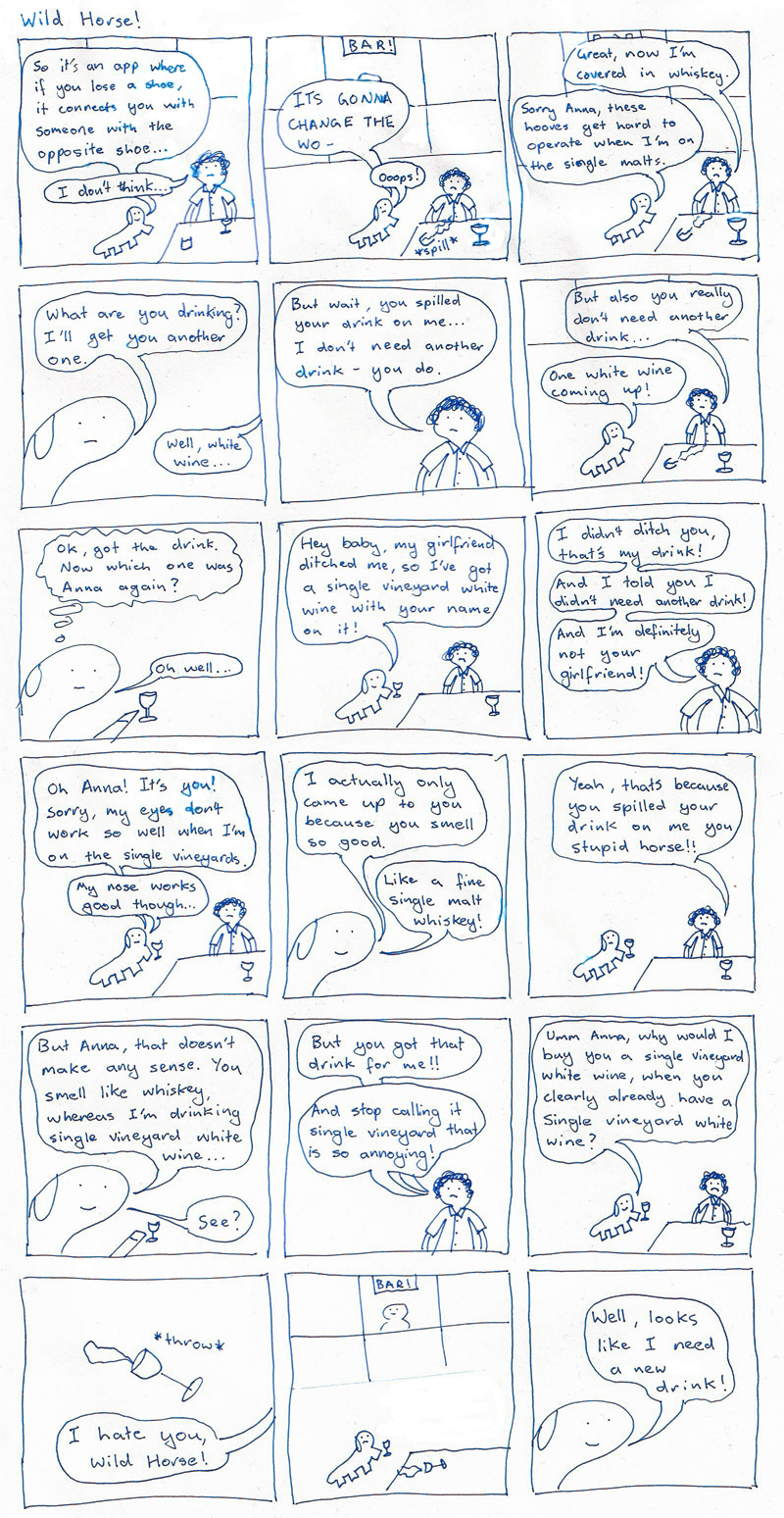 As with all works written by really smart people, this comic can be taken literally or metaphorically. It discusses ideas such as fluidity, transitivity, and identity in a really well-thought-out and poignant way. What does it mean to “replace” something? Where does our consciousness go when we get “spilled”? How many “malts” make up a person?
This is deeep stuff. Smart people reading this right now are nodding knowingly, and muttering “indeed” under their breath.

Inspiration for this comic comes from the fact I’ve been informed I’m now an “underground cult” comic on account of the fact that “do you even write comics anymore?” and “I swear there’something wrong with you.” You would be wise to tell your sophisticated friends that your primary source of news is now Wild Horse Comic because initially people won’t know what it is and that’s really cool, and then once they work out what it is they will be like what is this? this isn’t news? i don’t get it? And then the next time you speak to them they’ll be like oh yeah Wild Horse yeah i totally get that, that’s some really profound stuff, thanks for recommending it.