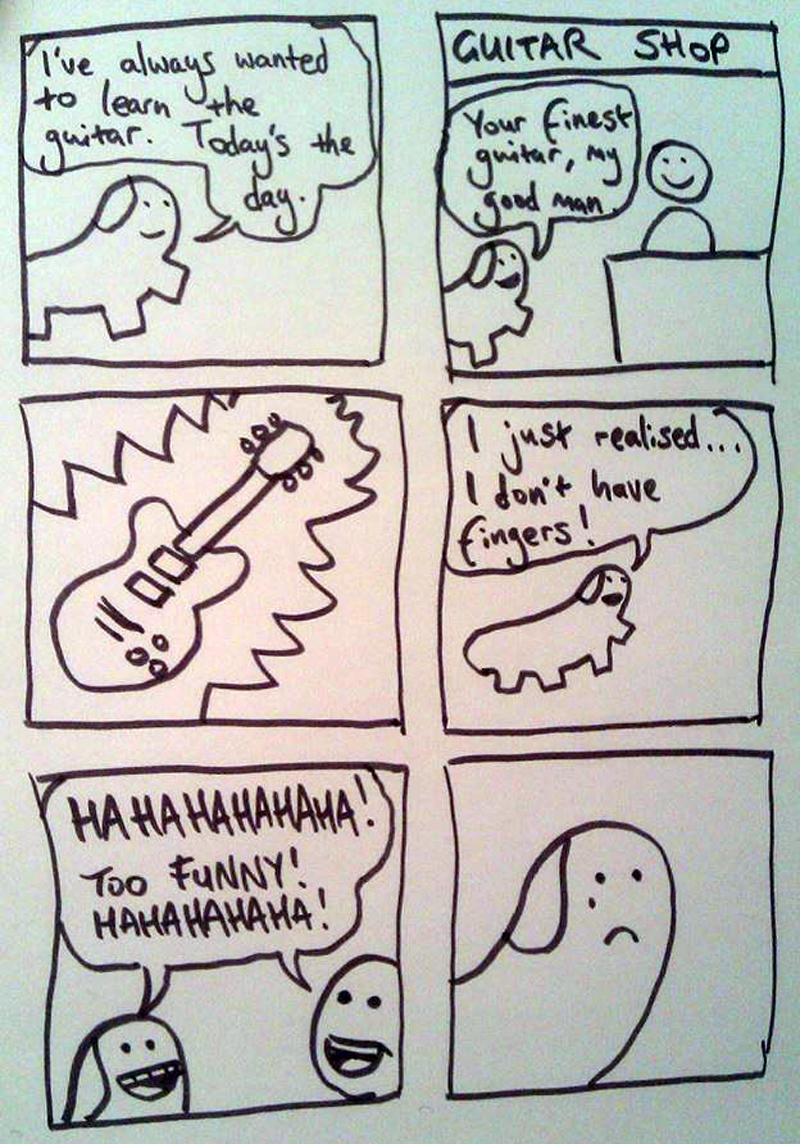 This guest comic is the first comic I have ever received from Scotland! I find that surprising given how much how in tune I feel I am with Scottish idealisms: I hate being oppressed, I love whiskey, and I’m partial to trainspotting. Not the movie though, I was very upset at the lack of trains despite the name. In 94 minutes of screen time I counted only one. But I digress.

The fine gentleman to send in this work of art was none other than Tam McDonald. To get a greater perspective on the inspiration behind this comic, I decided to give him a call. Unfortunately, he wasn’t listed in the South Australian phone directory. Luckily, it turns out that a whole bunch of his McDonald family do live here. I decided to give P&L McDonald from Adelaide a call instead, and see what they could tell me about Tam. Would you believe they told me they didn’t even know him? That sly Scottish sense of humour is just incorrigible!

So, instead I decided to go with my usual method of researching guest artists – look at his facebook profile picture and make sweeping generalisations about him. His profile picture is a mysterious man (I deduce that its Tam) on a motorbike doing a wheelie. From this I can conclude:

I also like motorbikes. Unfortunately, at the age of 6 my mother made me sign a legal document, witnessed by my lawyer father, stating that if I ever bought a motorbike then all my assets would be forfeit to her. There is no way she’s getting my remote control esky… not to mention my new motorbike! Normally I would get the Wild Horse legal team on the case, but they are headed by my biological brother who, at the age of 6, signed a legally binding contract stating that if he ever became a lawyer like his father, she would be able to take him to a ‘The Corrs’ concert. She has been merciful on him so far, but I think if he helped me dispute my claim then he would be subject to heartfelt rendition of ‘Breathless’ on the very next ‘Forgiven, Not Forgotten’ tour that comes around. It’s a complicated family.

This excellent comic takes Wild Horse back to it’s roots. Many people have been complaining that the storylines and ethical themes have been getting to complicated and hard to follow lately. While some might say this is a sad reflection of recreational drug use amongst young people, I say neigh! Bring back the charm! And Tam does just that. Extra points are given for the artwork, which portrays Wild Horse in his dashing best.

Big thanks to Tam for this excellent comic, and for paying the international emailing costs to send it to me.