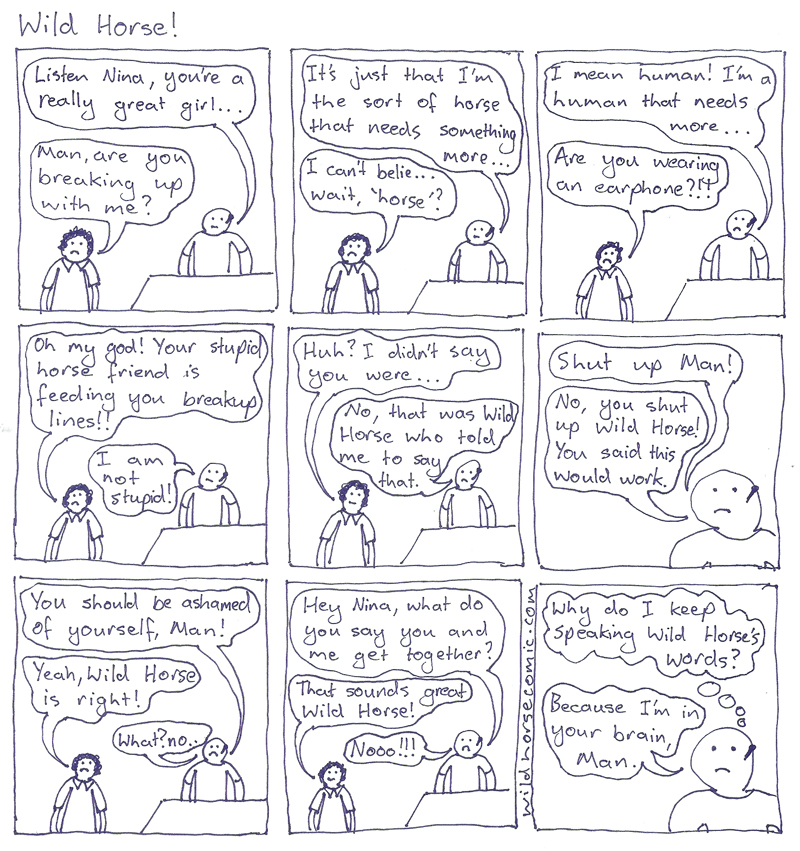 This is a comic about breaking up with a girl. I don’t understand why you ever would break up with someone though. Its a similar situation to quitting a shitty job. If you want to quit your job why not just start rocking up late and not doing any work? In my experience it takes any employer about a week to eventually fire a useless employee, so why not just take a weeks pay for doing nothing?

Similarly, why break-up with a girl/boyfriend? A much better idea would be to start getting them to pay for everything, do errands for you and making them drive around everywhere like a chauffeur. When they eventually get worn out and dump you it’s them that feels guilty. Meanwhile, you’ve spent a month mooching off their goodwill and are probably feeling on top of the world. And you don’t even need to get a letter of recommendation from them to give to your next partner! The old fashioned idea that the person getting dumped is the ‘loser’ of the relationship could not be further from the truth.