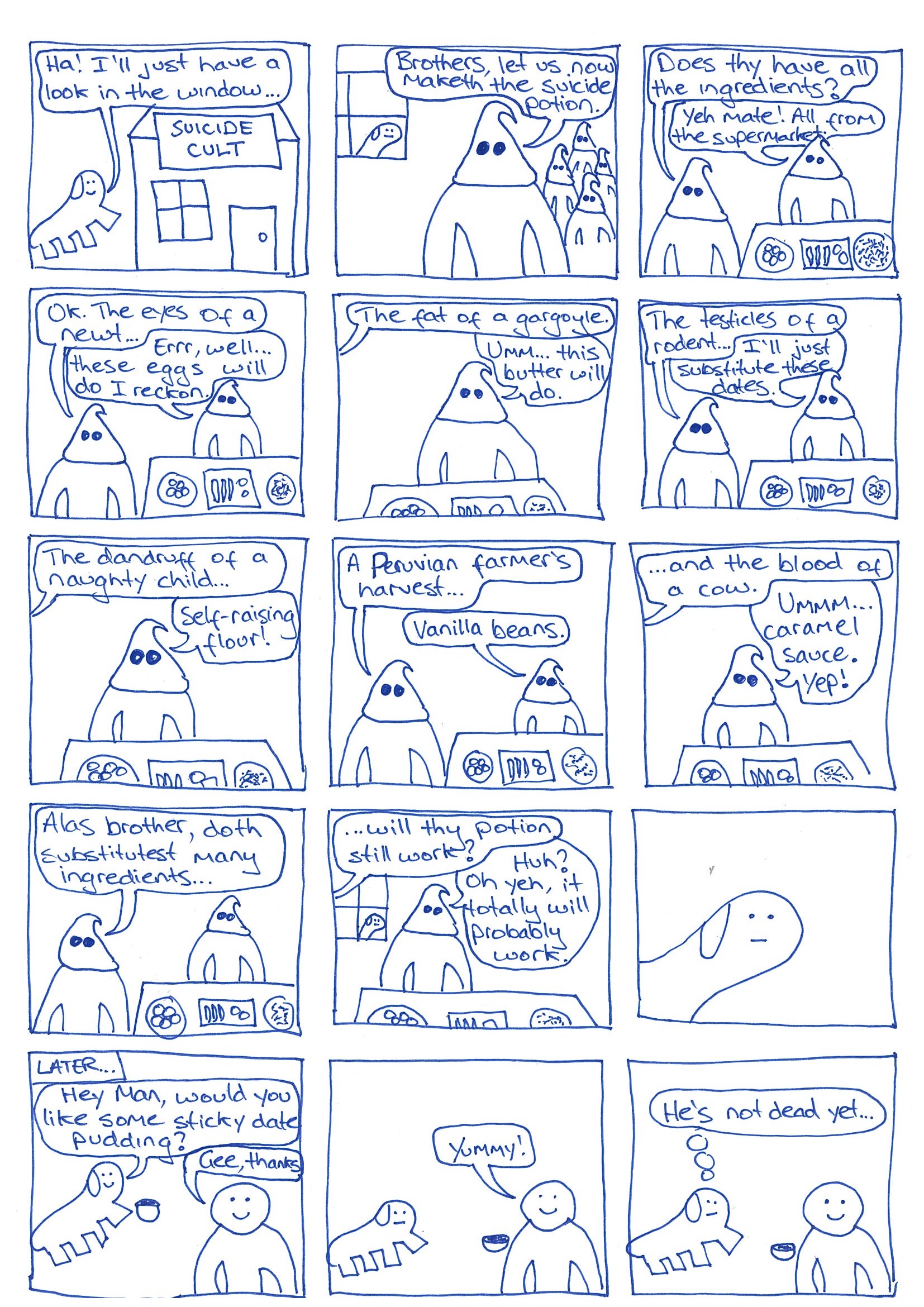 This genius comic was conceived, directed, produced and drawn by my old mate Greg. Greg writes:

This comic will resonate with everyone who has ever joined a suicide cult. All of whom are dead. So it actually might not resonate with anyone.

Suicide cults are all the rage in Canberra. They’re popping up everywhere, especially at the moment now that everyone in the public service is losing their jobs. Since the nature of suicide cults is that the people tend to die, soon we’ll run out of people to make good suicide potions. Which is tragic.

In my opinion you could probably make an efficient suicide potion out of just one ingredient. But that probably wouldn’t be classy. And, especially in a place like Canberra, you really got to make an effort with these sorts of things.

In other news Greg was recently nominated at the world drink invention conference for the ‘freestyle’ award. His drink, the ‘Bready Greg’, was an absolute hit due to it’s ability to blur the lines between food and drink. From memory the recipe went something like this:

To make a Bready Greg you need tequila, beer, butter, cranberry juice, tobacco sauce (not to be confused with Tabasco) and a slice of bread. Smear the butter liberally over the bread before pouring over the tequila and beer mixture. Do this over a plate to collect any runoff – this is called “the bank” and will be needed later. Season the bread with the cranberry and tobacco, and put in the oven for 20mins at 180 degrees. Serve the toasted bread with “the bank” as a sort of soup. Enjoy

Bready Greg’s messed up yo!