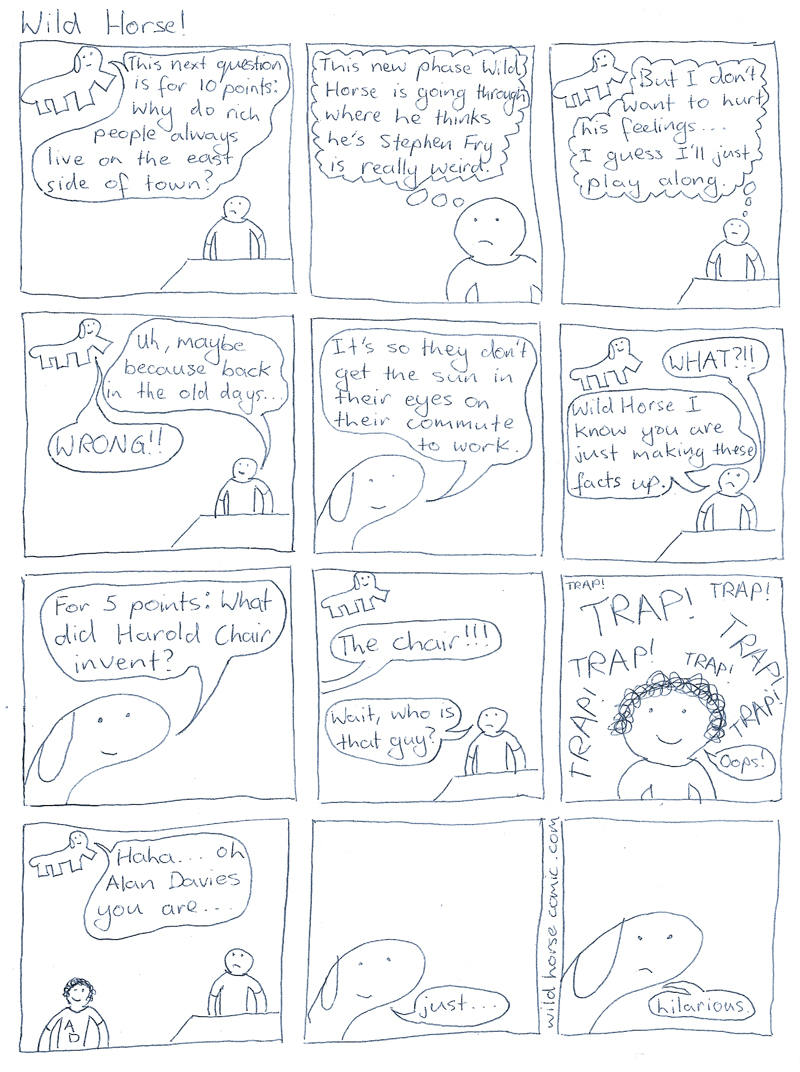 This comic is dedicated to my cousin and former guest artist Jake who celebrated his birthday on the weekend. I don’t know if Jake likes QI but I assume he does since it’s a great show. I actually attended Jake’s party on the weekend and was fortunate enough to see Jake perform some songs with his band. The night ended with Jake in the fetal position on the floor while a group of people tried to put a guitar in his arms so he could play one more song. It was fantastic.