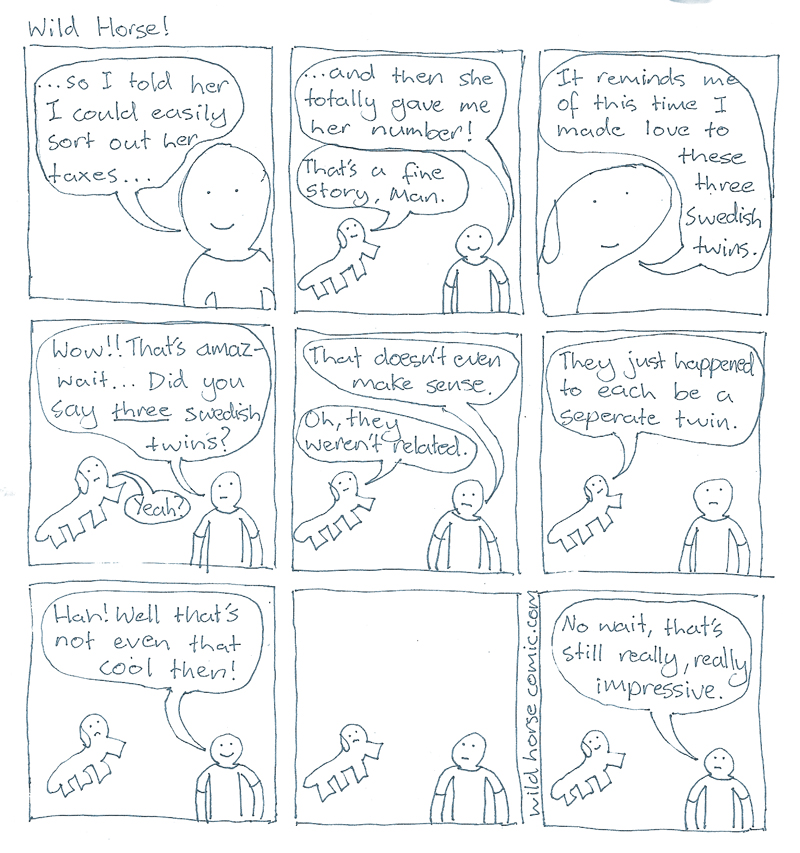 This comic was based on a true story… in the sense that I once told some people I made love to three Swedish twins. This comic is also my ode to Australia Day. If you’re an international visitor and don’t know about Australia Day, basically what you do is you sit outside in the sun with all your friends drinking the worst Australian beer you can find (usually VBs) and making up ludicrous stories about times you got with girls in unusual places. At the end of the day you have a competition to see who got the most sunburnt and the winner gets a lobster.

I woke up in a cold sweat. Had I overlooked Norway all this time when essentially it’s just the same country as Sweden where, as everyone knows, all the babes live? I immediately hopped on the internet and joined a Norwegian chat room where I posed the question “Do heaps of babes live there?”. My suspicions were confirmed almost immediately: “Ya, we have thousands of very attractive women here” and “This one time I had pleasurable intercourse with a female”. I knew it! What’s more, since nobody besides me has ever heard of Norway it’s probably an untapped market for Australian tourists to go to.

In other news I found out Wild Horse is very “deep” and “metaphorical” when former guest artist Josh sent me this: 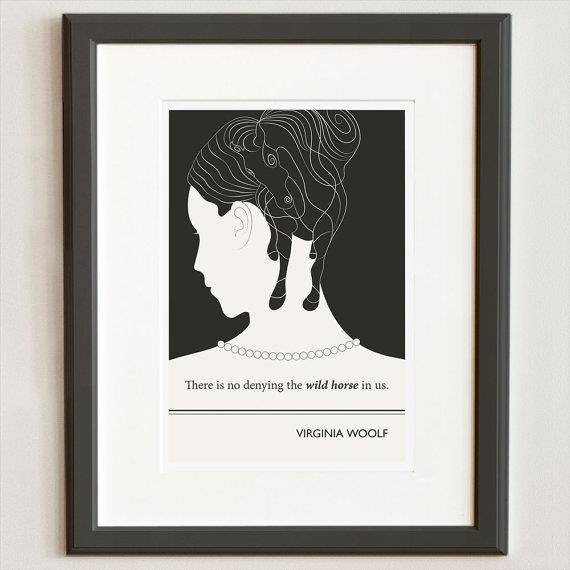 I think Virginia was a bangin chick.