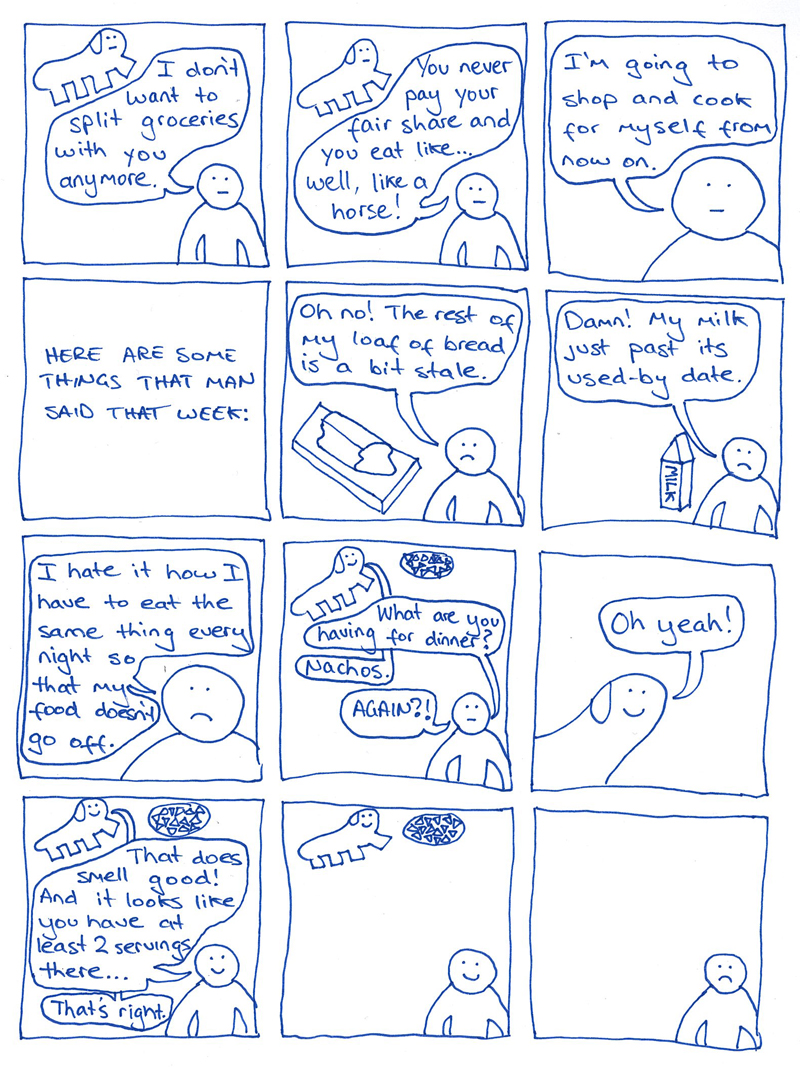 This is a comic from a real life man (Greg) about real life problems (groceries). It’s a biting social commentary about why it’s important to share, even if it’s with a rude, thieving, talking horse. From all reports Greg is actually known as Grocery Greg in his share house in Canberra because he hates buying groceries. Apparently Grocery Greg gets real passive aggressive whenever it’s his turn to shop, and so buys the wrong type of everything. For example he buys almond milk instead of normal milk, pita bread instead of normal bread, extra mild tacos instead of normal tacos and worst of all he buys orange juice with pulp!! He’s a sick, twisted man.

If you ask me, the supermarkets could solve the problem of food spoiling if they just sold bread by the slice, milk by the mouthful and cereal by the handful. Having said that, I’ve never heard of any repercussions from taking a swig of milk at the supermarket. After all, you have to try before you buy. And if you took a bowl and spoon and fixed yourself a small bowl of coco-pops and milk, I’m sure they’d be cool with that too.

Another awesome comic by Grocery Greg!