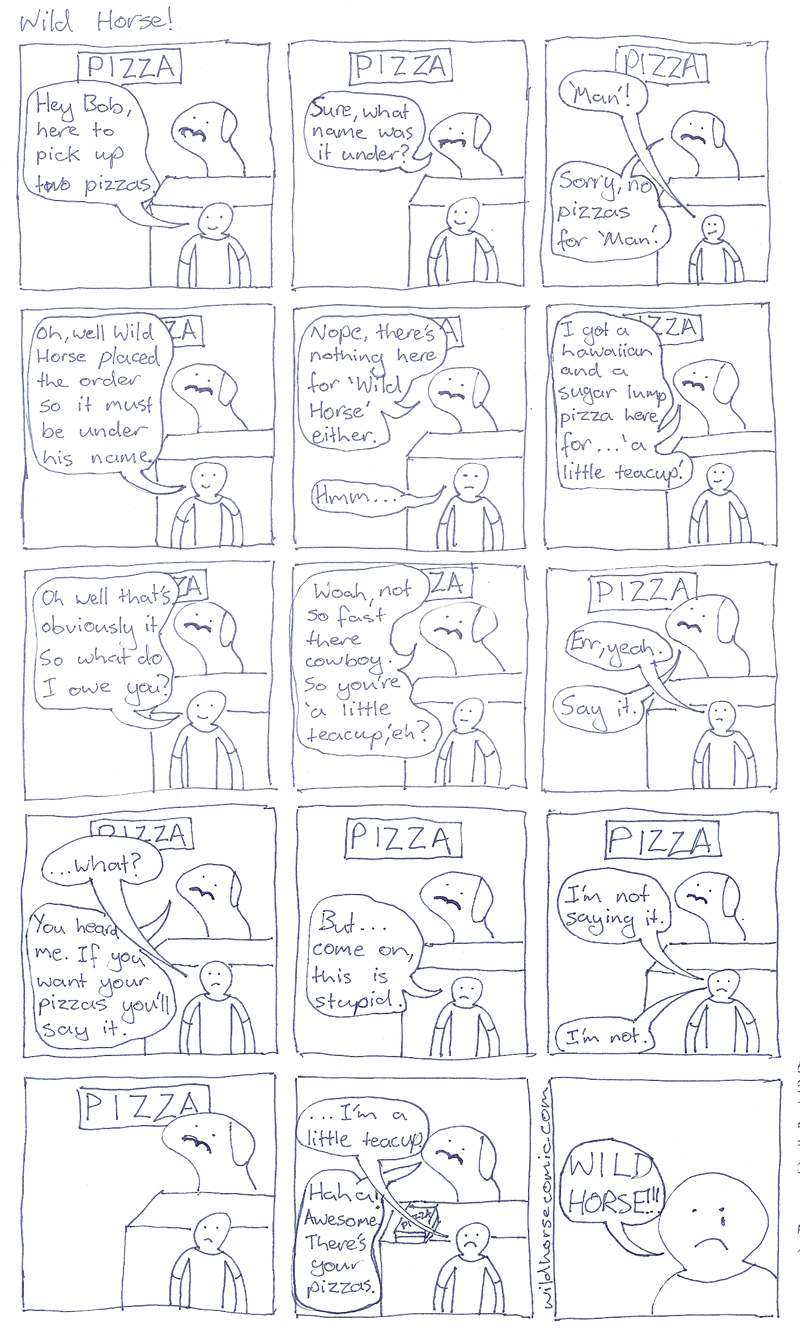 Actually I’m not sure who the real culprit is for Man’s bad experience in this comic: was it Wild Horse for placing a pizza order under the name “a little teacup”, or was it Shopkeep Bob for following through with making him say it?

Anyway, let me take this chance to tell you that it is SHARK WEEK. And, uh… yeah there’s not really much else to say. Watch some shows on sharks if you are that way inclined. Or use it as an excuse for acts of incompetence. There’s nothing like getting out of trouble at work simply by shouting “DO YOU EVEN KNOW WHAT WEEK THIS IS?!!” Next year I’m going to try and get shark week off on the basis of it being a religious holiday in whatever shark-themed religion I set up. Really in Australia it already should be a national religion and every shark week we should sacrifice one foreign tourist to appease the great gods of the sea.