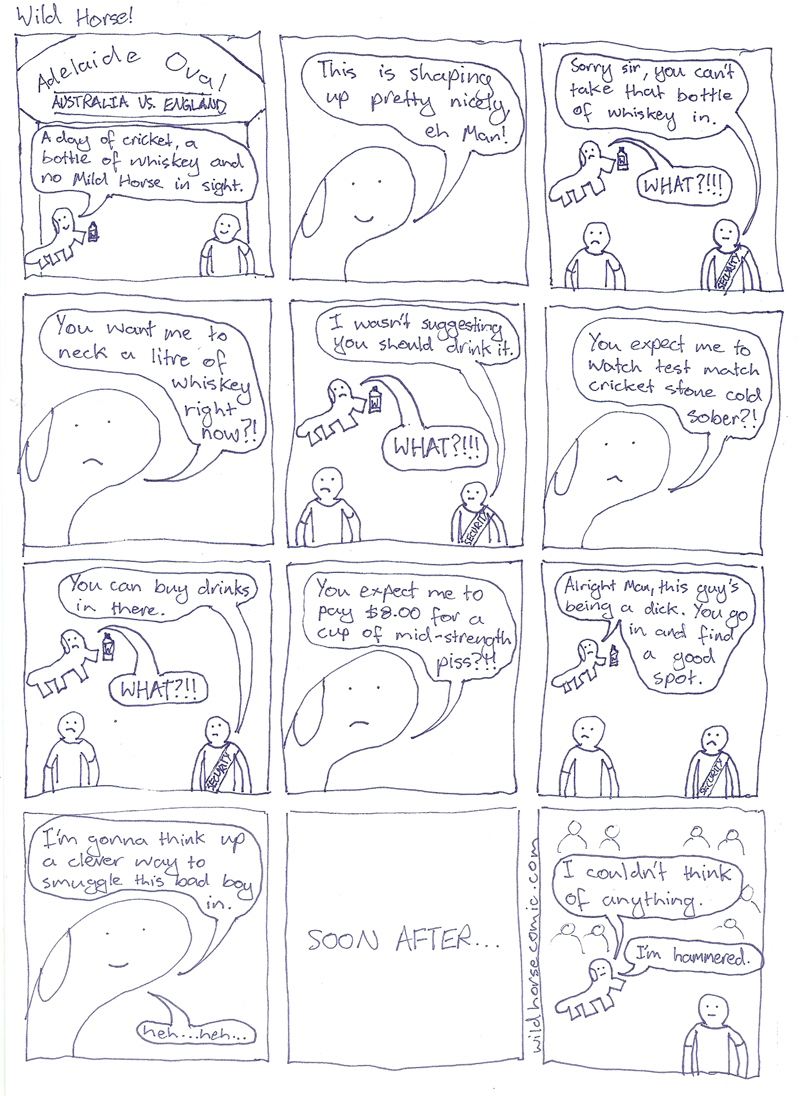 This is another comic based on true experiences. There is no way I am paying any amount of money for a can of XXXX Gold.

This comic is also topical because of the T20 Cricket World Cup that’s on at the moment. I feel I need to point that out so that if people in the future read this comic at a later date they are still fully aware of how brilliant I am at seeing things that happen and then writing about that thing shortly after. It’s called being “topical” and some people forge careers on it. Like politicians. If politicians see a war going down suddenly it’s all they talk about. They’re brilliant.

This comic was conceived in the bath. That’s my new thing. I take baths now. I feel like a duke. They are superior to showers in every way except for drowning. But I’m told that you generally wake up before you drown. And besides, my bath was cunningly designed to be small enough to make it physically impossible for me to drown short of hopping out and shoving my head underwater. And I’m told it’s actually impossible to drown yourself that way too! It seems like the only way to drown these days is to hop on a boat with an arrogant name and catch phrase like “un-sinkable” or “icebergs shmicebergs”.

The best thing about taking baths is that you can eat, drink, listen to music, conceive comic ideas and prepare food while you are in there. And there is no uneven water temperature like you get in most showers. If it’s too hot or cold you only have yourself to blame. And that’s why baths are great.