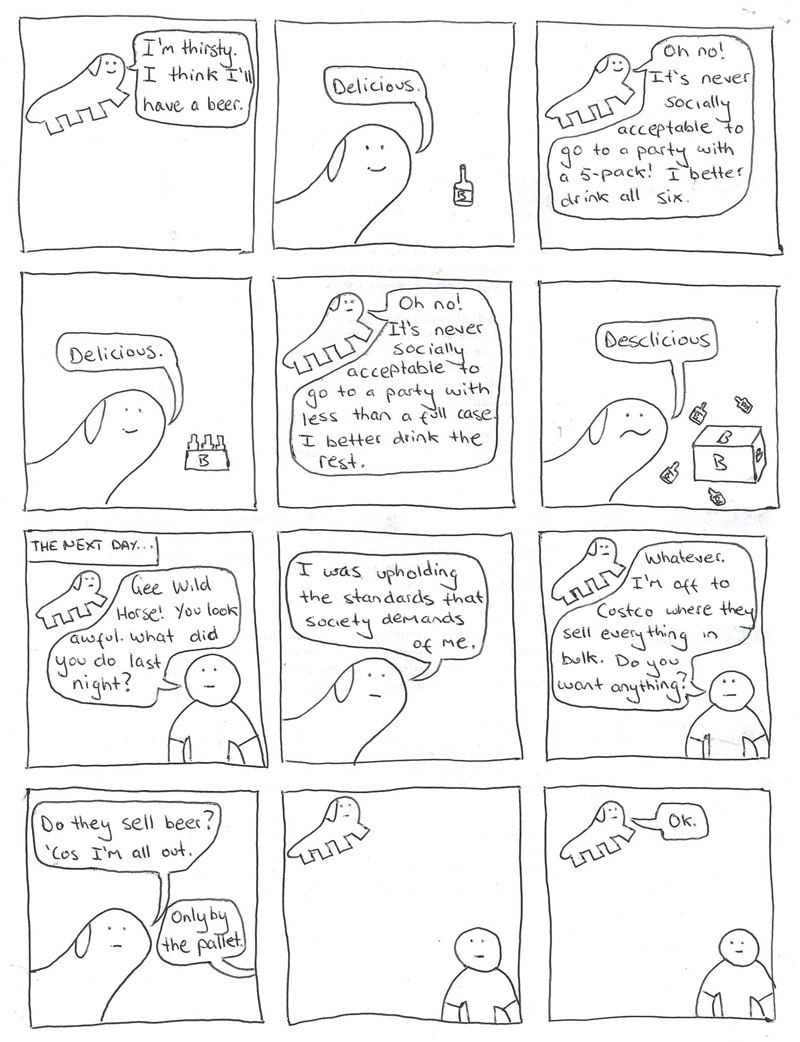 Another tasty comic sent in from the enigmatic Greg!!

I recently read a piece of graffiti on an abandoned warehouse in the western part of town that suggested Greg might be returning to Adelaide for the AFL Grand Final weekend. You can never be too sure with messages in this sort of medium, as rumours of Greg are often just spread to stir up trouble in the streets, but I like to think it’s true. Having said that, Greg probably hasn’t seen a game since he moved to Canberra where aussie rules football is banned, and every oval shaped ball is inspected to make sure it is a rugby ball and not a football. This is especially difficult for Greg because he plays the sport, so he has to improvise in an underground football league for criminals and hoodlums. It is very dangerous because in the underground leagues they have removed the deliberate out of bounds rule which means it is complete anarchy.