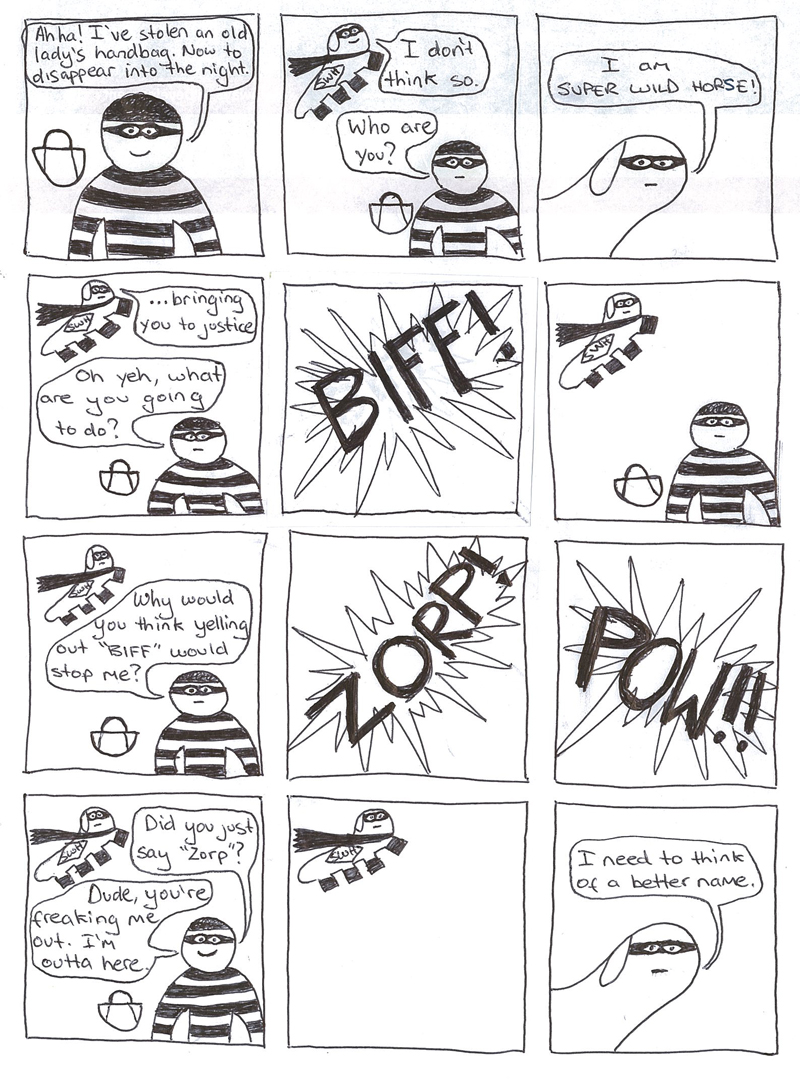 Another gem served up by the man who came 4th in the C1 canoe slalom at the Olympics… Greg!! (I’m assuming they don’t bother putting those results on the internet so you’ll all just have to take my word on it). Greg decided to enlist several weeks before the Olympics began so that he could get a free holiday to an exotic location. By the time he discovered the Olympics were only in England he was already Australian champion (due to his deceptively strong biceps) and it was too late for him to back out. Poor guy.

In other news, Wild Horse! was featured as the “Webcomic of the Week” at ReadComicBooks.net. Check it out!!