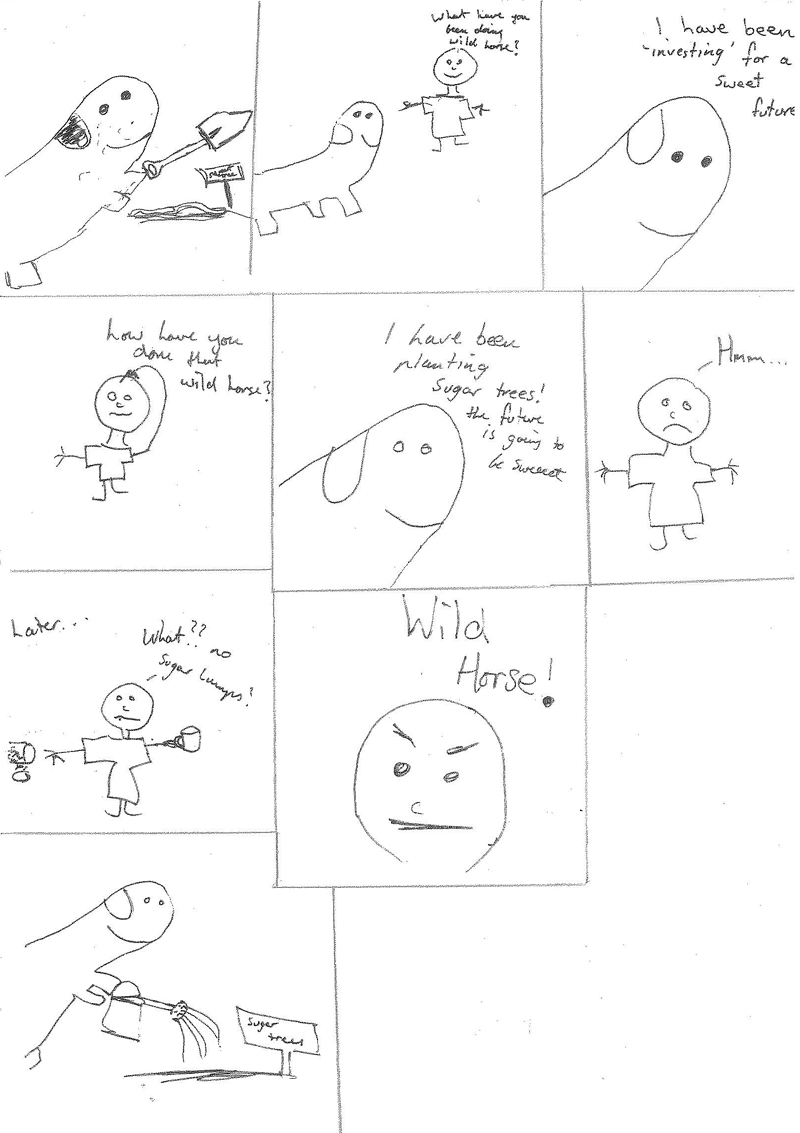 Apologies for the lack of updates. Obviously I have been over in London this last week conducting research on the horse trials. I have found the biggest problem horses have is that sometimes they don’t jump things. Also, sometimes the humans are riding on top of the horses which is totally not on!

But enough about my fanciful journeys. This comic was sent in by a man named Daniel Bowen. Daniel prefers to be known as “Daniel” but if I ever meet the man I am going to insist on calling him “Bowen” in a Scottish accent just as Sean Connery (Draco) did in the 1996 smash hit film “Dragon Heart”. In case you need some refreshing, here are some of the better quotes from the movie:

Bowen is amazing due to the fact that he has only 1 mutual friend to me on facebook which is the least amount of mutual friends possible. It’s called the Wild Horse Effect! Bowen is also one of the finer illustrators ever featured on Wild Horse. He takes several artistic liberties in his approach, many of which are confusing. For example, despite going to the effort of using a ruler to draw his lines, he draws the comic boxes all different shapes and sizes. Similarly, even though he has 3 boxes on the top row he has only 2 on the second row and 1 on the bottom row.

Admittedly I can’t be sure just what Bowen was going for with these techniques but, seeing as I know one of his mutual friends, I’m not afraid to speculate: the strange, odd shaped lines were actually a metaphor for Wild Horse’s capricious, unpredictable personality! And the fact that there were less boxes on each level of the comic? That was an allusion to the degrading mental state of Wild Horse in that he has no idea why he flew to London to watch the “dressage”, and he no longer has any idea whether he’s the author or the horse in the comic he’s writing.

In other news, here’s some fan art that my good pal “crashsuit” drew sometime: 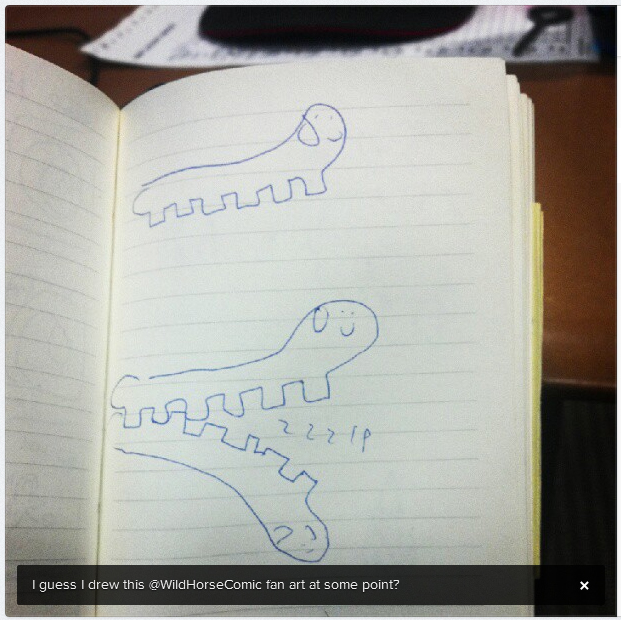 Much like me it seems he is also losing grasp of reality and can’t even remember drawing the prototype for the horse zip in the first place… Good man! Pants with the horse zip will be in store in a few days. You might remember “crashsuit” from the amazing ANIMATED guest comic HRS9000 that he drew! Definitely check that out if you haven’t already! And a link to his comic page “Robot Cake Tank” is in my links on the right –>