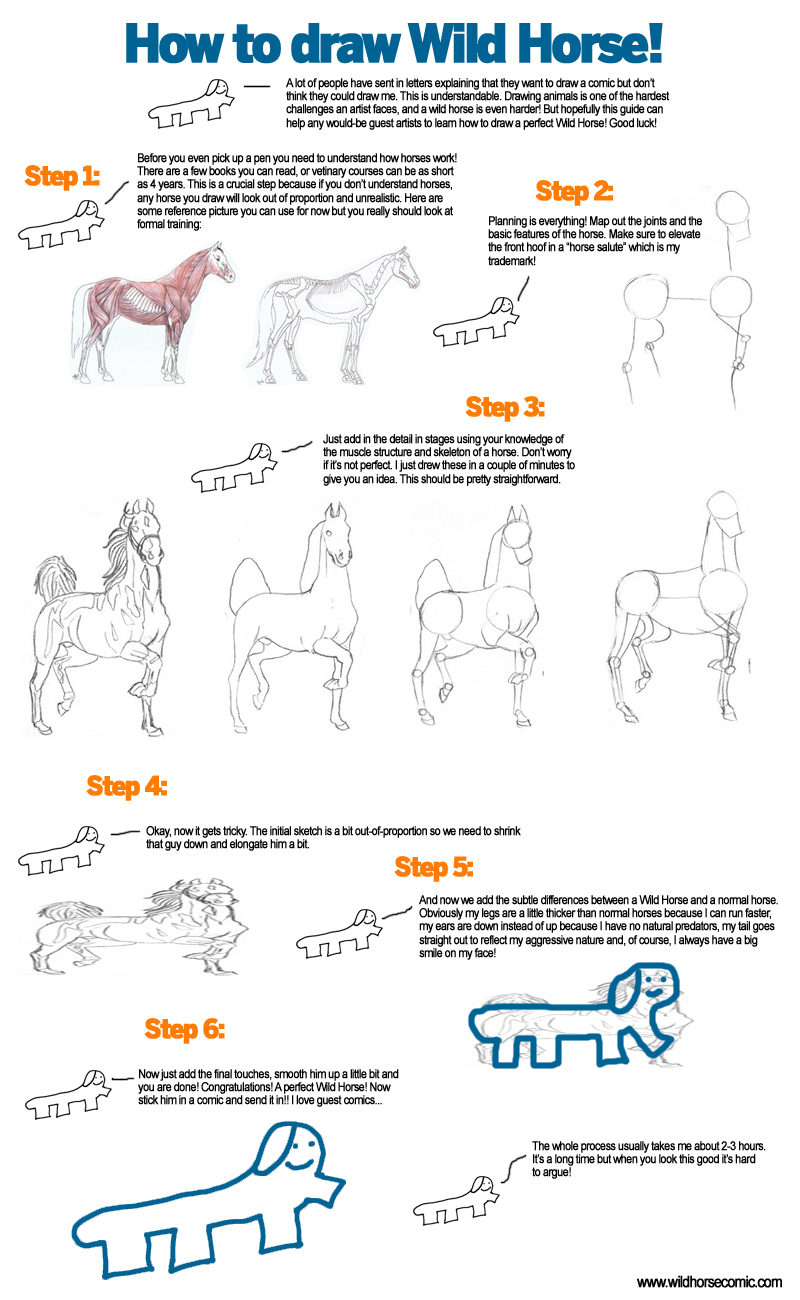 How to Draw Wild Horse!

Due to the fact that so many people have hounded me for tips and advice on how to draw a wild horse, I figured I would postpone this week’s comic and instead throw up a guide. It certainly is a logistical nightmare guiding your pen round the sharp edges of my hooves, or the elegant curves of my ears. The fact that there have been so many guest artists so far is more a testament to their incredible ability than it is to the difficulty of drawing me.

The key is to never give up. Don’t settle for less than perfection. Many so called “artists” are unable to master a solid, manly tail such as mine so they resort to drawing a bushy tail that hangs down like a wet salmon. Others find themselves unable to draw long, solid legs so they make them round, skinny, 3D and with joints. Disgraceful!!

Hopefully now there should be no excuses for any would-be guest artists to send in some comics!

Speaking of guest artists, last night I went to see former guest artist Matt do some stand-up comedy. It was a competition type thing and given that he was drawn to go first and I am a cool guy and rocked up late I missed him completely but I did, unfortunately, stick around for the other competitors. I am beginning to suspect some of the comedians were deliberately making weak jokes to encourage other people to do stand-up themselves. Telling a story about how one time you danced naked is not necessarily amusing.

Worst of all was the last chick who was the “feature act” who apparently does this for a living. Her name rhymes perfectly with “Felicity Ward”. Admittedly she wasn’t any less funny than some of the others but she was on for 10 minutes longer so I really felt the burn. Not to sound like a dude who hates everything, I will laugh through any comedy show that they put on TV (minus Joan Rivers), but underground comedy can really suck. And, given that I only missed 2 acts and there were 4 winners I can safely say that Matt was robbed big time!