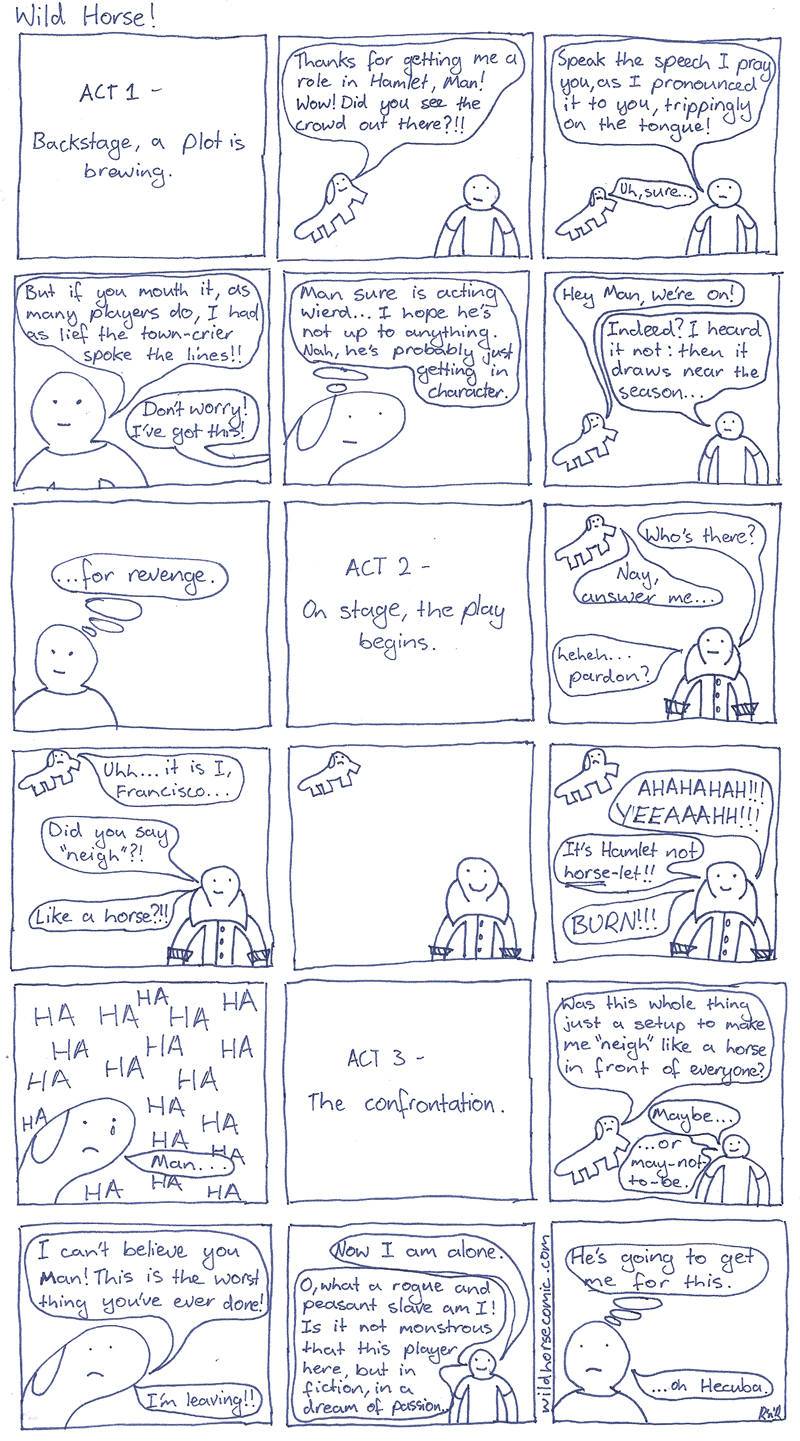 Here it is! My master plan is executed flawlessly. Looking back at it, I can definitely see this being the subject of a live action play. Shakespeare, though he was pretty clever with words, could never write a good storyline. For example the entire premise of Hamlet was that a ghost explicitly told Hamlet to kill the dude, Hamlet wanks around for five acts, lets the dude know that he intends to kill him, eventually kills him in a pretty pathetic way which leads to the death himself and several others. The play is meant to be realistic yet he throws in a ghost? Come on Shakespeare, lift your game.

Luckily, I have discovered that if you rip off Shakespeare’s dialogue and apply it to a better premise, such as my brilliant plan for revenge, you can really make the guy relevant again. If only I was alive back in the 16th century, I could have guided him towards success and his works might still be remembered today.

Stay tuned for the guest comic this week… I hear it will feature the return of Mitch, Wild Horse’s first ever guest artist!!