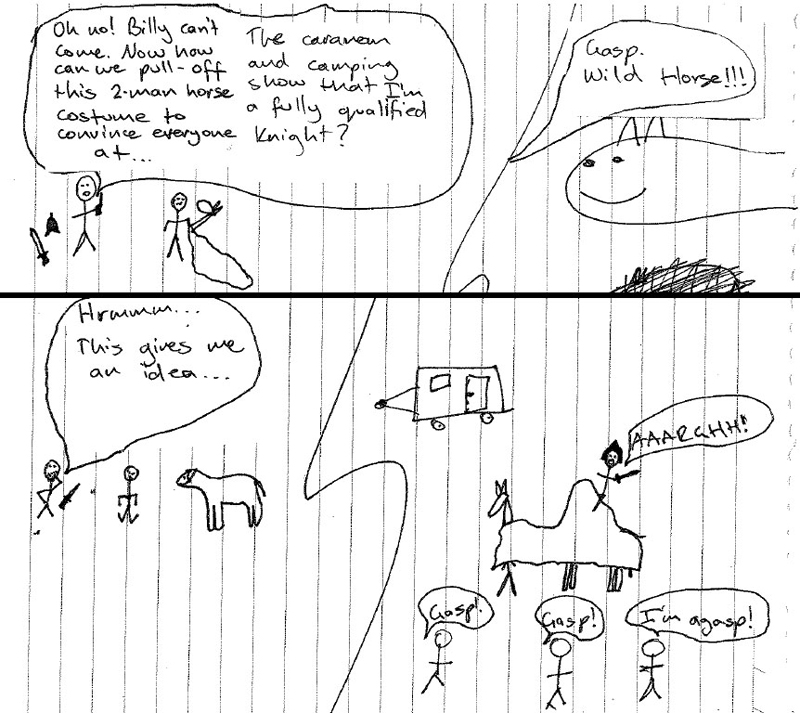 Man here again for the Guest Artist post. Wild Horse is still in Sydney, he gets back tonight. He sounded angry on the phone, but I think that’s just because he has to travel cargo on the plane.

Wild Horse left a note for me to put up Greg’s comic this weekend. But you know what? Screw Wild Horse! And screw Greg! (Nah, you’re alright Greg, yours will be up next weekend). Here’s the 4-1-1: People love marathons (except for the running variety). That’s why I’m posting another comic from the extremely prolific artist known only by his first and last name of Rowan and Mount respectively.

As always with Rowan’s work, make sure you look for the subtle details for an extra laugh or two.

If you have a comic to submit, submit. SUBMIT!